The Cheapest Places To Live In Canada For 2022

The universal public healthcare, high quality of life, and a progressive political paradise. These are just a few reasons why so many love to call Canada their home. While there are a lot of praises to be sung about the wonderful Great White North, it cannot be ignored that Canada is also one of the most expensive countries to live in. As a result, not everybody can afford a house in Canada’s largest cities, even in a low mortgage rates environment.

Living in Canada doesn’t have to suck for those not making a high income. There are plenty of hidden gems where you can happily live by your means without piling on debt. If you want to know more, read on. In this article, we will look at 7 of the most affordable places to live in Canada that are cheap on the wallet and rich for the soul. 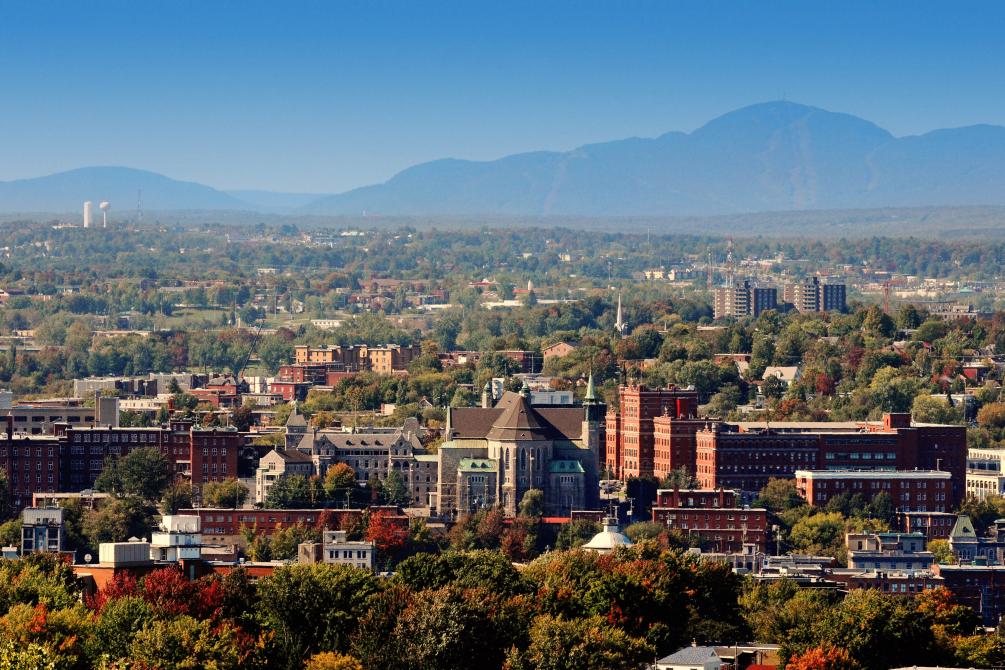 Sherbrooke is the 6th largest city in Quebec and is known for being the cultural, economic, and institutional epicenter of Estrie. This thriving city holds the highest concentration of students in all of Quebec, with over 40,000 of them attending one of its 8 educational institutions.

Another promising attraction of this city is its outdoor life. Sherbrooke is surrounded by vibrant nature with mountains, rivers and lakes everywhere, and ski hills that attract plenty of tourists. Sherbrooke sits at the junction of St. Francis and Magog rivers, that and the national rail lines makes the city an important shipping hub from where goods are constantly transported in and out making it the perfect spot to start companies. That said, although Sherbrooke has derived its economic growth mostly from the manufacturing sector, the service industry is slowly taking over this prominent role.

Whether you are single, have a family, a student or an entrepreneur, this area is a prime location to find very affordable housing. Other than the cheap rent prices, general necessities also cost less than what it would be in other Canadian cities. Sherbrooke is also perfect for the wanderlust Canadians who like to frequently travel across the border to vacation in the United States because it’s this city is situated very close to New Hampshire, Vermont and New York. 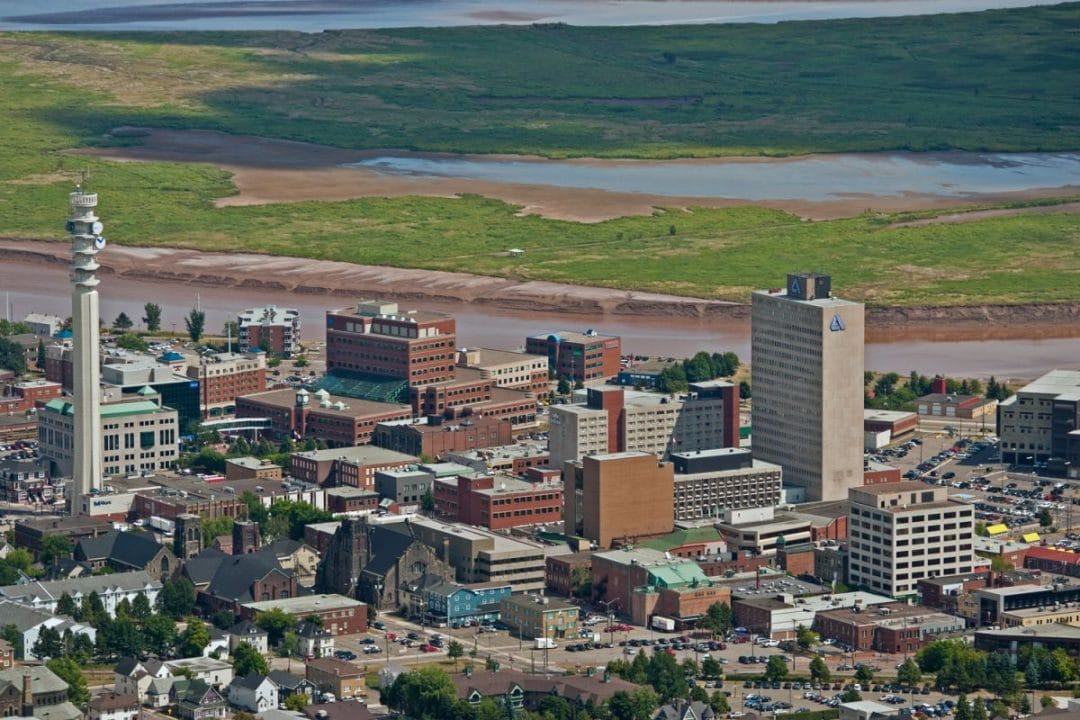 Moncton is situated in the heart of Maritime and can be accessed through highway train or plane, which has been central to the city’s growth. It has a population of just over 140,000 and is the only city that has been officially declared as bilingual, recognizing both French and English as it’s main languages. Moncton is perfect for nature lovers too because this city is nestled between national parks and beaches, and is brimming with affordable real estate and a warm community.

Over 1.4 million people live within just 3 hours of downtown Moncton and frequently visit the city for leisure activities. Moncton is celebrated for being progressive and diverse. Because 47% of its workforce are fluent in both French and English, many employers love to hire for their bilingual proficiency. This skill makes Moncton one of the best places in Canada to do business. And as such, it should come as no surprise that this city is swimming with companies in the finance sector, gaming, animation, and warehouse operations.

Do note that, if you don’t own a vehicle, or are a family that shares one car, then living within the city centre will help you take advantage of its transit system. If you hate traffic congestion in the big cities, you will love Moncton because you can easily get places within 15-30 minutes and save time on commuting.

Thunder Bay is often called Lakehead because it sits at the top of the Great Lakes and is surrounded by wilderness and national parks. It has a population of about 108,400 people and is home to Lakehead University– a prominent academic organization with campuses in Thunderbay and Orillia, Ontario. Thunder Bay has the highest quality of air in Ontario and it’s also committed to provide excellent drinking water from the Lake Superior. The major industries operating in Thunder Bay include transportation, education, mining, manufacturing and forestry. Many of Thunder Bay’s single employers reside in the public sector, and its largest private employer is Resolute Forest products– which is a globally renowned manufacturer of pulp, tissue and wood products.

Compared to other large cities within Canada, Thunder Bay comes with a significantly lower cost of living specially then renting or purchasing houses. Affordability is one of the strongest pulls for Canadians moving here. And the active, dynamic and forward thinking attitude of the community is what makes the new transplants stay and call Thunder Bay home.

Another added bonus is that the flight to Toronto from Thunder Bay is dirt cheap, and Minnesota is right around the corner for a weekend getaway. 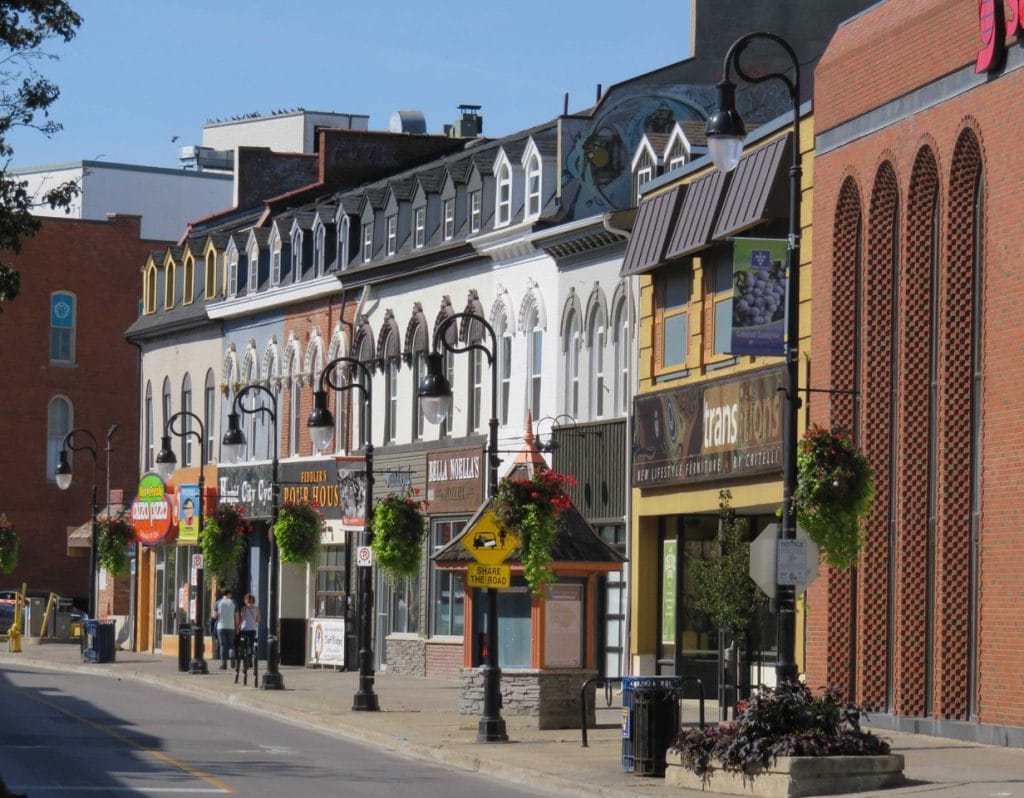 St Catherines is aptly called the Garden City because it’s surrounded by lush green, gardens, parks and trails. This little city is often overshadowed by the more famous wonder — the Niagara Falls which pulls the attention of all the tourists. The good news is that because of this, the pristine gardens and parks around the Falls stay quaint, secluded and undisturbed from crowds.

Saint Catherines has a cost of living that is 0.5% less than the national average. This city is well known for its manufacturing and service industries. It’s the second largest city in the Niagara region and the sixth largest area in Ontario. For those pursuing higher studies, note that Brock University and Niagara College is located near Saint Catharine, both of which are well respected educational facilities in Canada. Saint Catharines is also the most favorite area for retirees and seniors who want to relocate, downgrade and settle down in a modest and affordable housing with a slower lifestyle but plenty of outdoor activities. 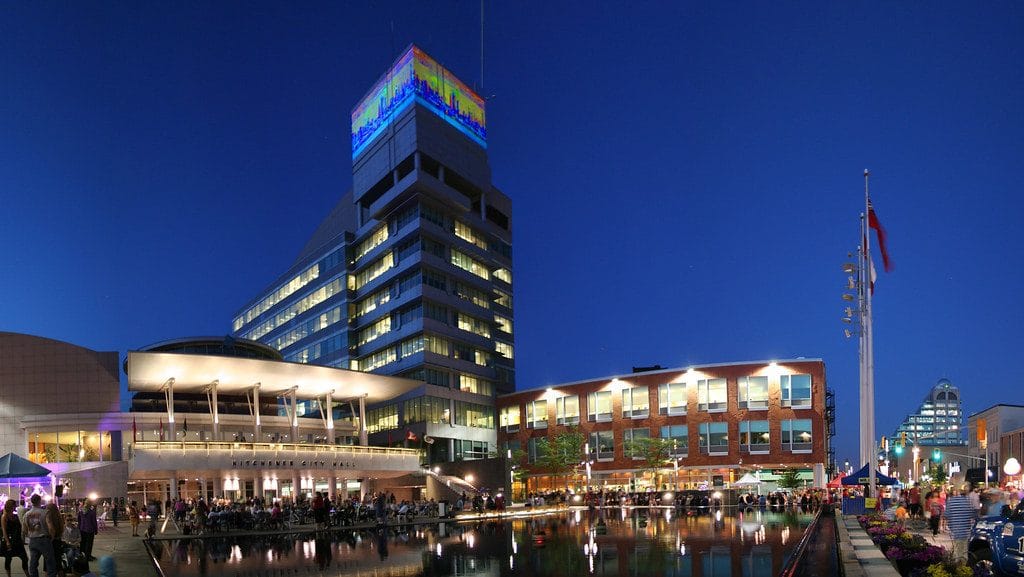 Kitchener is known for its thriving business scene and modern community that’s constantly expanding every year. It has a very low unemployment rate and has more than 374,000 jobs in which over 60% of them are full-time employees. The downtown hub of Kitchener is home to the region’s oldest houses that predate World War II.

One of the most affordable neighborhoods in Kitchener is Victoria Hills. The industries that brings the most jobs in Kitchener include manufacturing, And tech, but living in Kitchener will also help you get into the job market of Waterloo due to proximity. 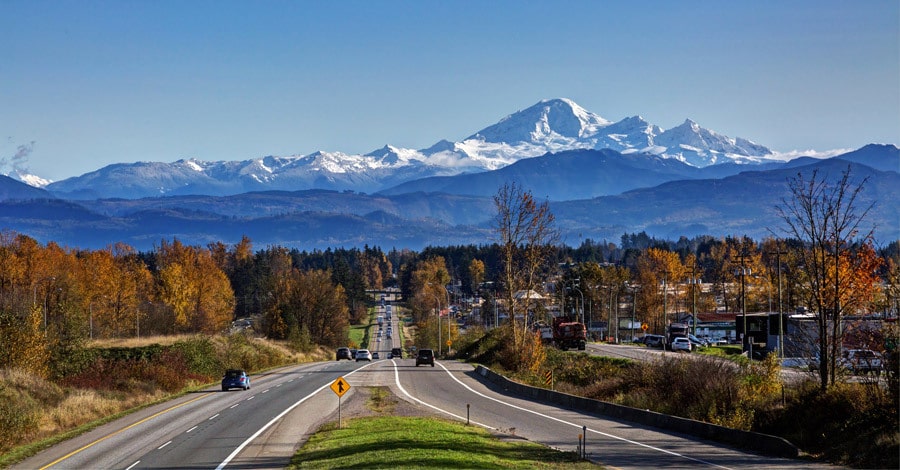 Located in British Columbia, Abbotsford is home to about 141,397 people. This city contains the third largest concentration of visible minorities.

Abbotsford is situated close to the US border and Abbotsford International airport. It’s less than an hour away from larger cities like Vancouver, Richmond and Burnaby. Plenty of students and families with children move here because of its strong education system, which consists of 46 public school, 4 private school and 8 post-secondary institutions. One of Canada‘s biggest university, The University of Fraser Valley is located here.

Abbotsford is made up of a very tight-knit community of a diverse population, and hence the social scene is vibrant, colorful and family friendly, making it the perfect city to reside in regardless of age and ethnicity. Almost 70% of the city’s land is part of the Agricultural Land Reserve and contains over 1300 farms. More than 22,000 hectares of developing farmland in Abbotsford employs over 7000 people. About 1/5th of the farms sell their produce directly to the consumers. So the Abbotsford residents have easy access to local, fresh and affordable produce. The city is very much close to pacific beaches and the Cascade Mountains, so hikers and outdoor adventurers will find plenty of adrenaline-pumping activities here without breaking their bank.

London is the six largest city in Ontario and contains over 366,000 people. It’s the central hub to music festivals and art exhibitions, and is popular for its robust healthcare and education system. Because the majority of this city’s community is made up of students and medical professionals who are always on the move, the rental market is extremely active for short term leases. Hence, London is perfect for busy folks who want to get to know the new neighborhood before buying a longer lease or a house.

For those moving to London with a family, places like Fairmont and White Oak should be ideal for you. The city is close to the United States and Canada border which makes it perfect for Canadians who frequently travel abroad. London has a mild climate compared to the North, and luckily gets to enjoy all the four seasons. The main reason why people move to London is because it’s affordable, has a small town feel and big city amenities. It has quiet parks but also a busy downtown scene. This juxtaposition makes London suitable for all kinds of personalities. The economic scene, and its central location, attracts plenty of small businesses and start-up owners to move here to start something. Most of the employment in London lies in educational, healthcare and financial sectors.

Finding an amazing place to live or settle down in Canada doesn’t have to cost an arm and a leg. As you can see above, plenty of cheap options exist that you’d love to call your forever home, or a stepping stone for a few years till you have enough savings for somewhere grander.